Every great company starts with an inspiration. An inspirational thought or action, or in the case of Tonto Brands, an inspirational 64 year-old Tonto Apache woman named Jeri DeCola. Jeri is only one of a few pure blood Tonto Apache Native Americans left in the world. Her life story is an amazing one and, suffice to say, would make a great American novel and Academy award-winning film that could easily give “Dances with Wolves” a run for its money. I can clearly picture her flying home from the awards ceremony, casually placing her “Oscar” on the shelf next to a picture of her cat Kona, and then heading right back to work on the Tonto Apache Reservation she helped charter as a young woman.

The seeds of Tonto Brands were sown long ago. An unwavering faith in God, hard work, and a genuine respect for all people and the earth we all share has always guided Jeri. In addition to her tribal duties, Jeri and her husband JJ have been proudly serving her popular Jeri J’s “Taste of History” Native American Fry Bread out of a classic old school bus for many years. The recipe for her frybread was passed down to her from her mother and goes back many generations. Some of her most loyal customers drive over 100 miles to get another “Taste of History”.

The inspiration for the J Clip came to Jeri after an exhaustive day dealing with multiple trash bag ‘cave-ins’. Jeri and JJ use a lot of plastic bags every week at home and at the Frybread Bus with collapsing or splitting bags always being a nuisance. Then one day it hit Jeri. “JJ why can’t we come up with a way to make sure these darn bags don’t collapse, split and cause such a fuss?” Well, that was all it took and in a matter of minutes they were both in the garage tinkering with trash cans, bolts, screws and plastic bags. Although what they ended up with was crude, it worked. The very next day Jeri and JJ called a close friend they entrusted with their idea and the rest, as they say, is history. The J Clip was born to the proud parents of Tonto Brands.

Little did Jeri know that her idea, inspired by ‘trash bag frustration’, could have such an amazing environmental impact. ‘The Facts’ section of this website clearly demonstrates this. While a lot of the stats are quite sobering, the J Clip delivers a simple, affordable way for millions of Americans to improve their daily lives and reduce the staggering number of plastic bags that end up in our landfills every day. Promoting all forms of plastic bag recycling and seeking partnerships with environmental non-profit agencies will also be a big part of the Tonto Brands mission. Consider this. If every American home had J Clips attached to all their trash units, it could save up to 10 BILLION plastic trash bags from ending up in landfills all across the U.S. every year!

Very inspirational. And not bad for a little Tonto Apache girl who grew up in the woods outside Payson, AZ. 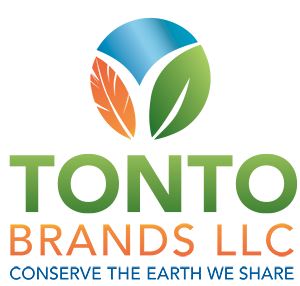 In 1963, J.O. Martin, a devoted man of God from Oklahoma, committed to help the Tontos in securing a permanent land and better living conditions. Legislation was soon initiated to provide the Tontos a land they could call their own. Through the efforts of AZ congressman Sam Steiger, House Bill 3337 was introduced on February 2nd, 1971. A companion bill, Senate 2422, was introduced by AZ Senators Barry Goldwater and Paul Fannin.

After a moving testimony to congress in Washington D.C. by my dad Ed Smith, the most senior legislators in the land were “brought to their knees and made to cry” by such a sincere and touching testimony. Our collective prayers were answered on October 6th, 1972 as the Tonto Apache Indians finally gained their status as a federally recognized Indian Tribe and were awarded 85 acres of land just outside of Payson.

This new status allowed our tribe to be eligible for Federal assistance and grants. A community center soon followed and then came the funds to teach and train tribal members in the construction of tribal homes. Sadly my dad never had the opportunity to embrace his new home as he passed away in 1979. But both my mother and father inspired me to continue on making their vision and dreams a reality by caring for my people in any way possible.

Then, in March 1986 I became the first woman tribal Chairperson and was privileged to establish many tribal programs which continue to provide valuable services today. In 1993, I again was elected Chairperson of the tribe and was able to forge ahead with the construction and completion of the Mazatzal Casino which has had a tremendous impact on the Payson economy as well as providing a secure future for all of our people. Mazatzal Casino has made countless contributions and funding to various civic and non-profit organizations, school systems, and many other programs in the Payson area over the years. 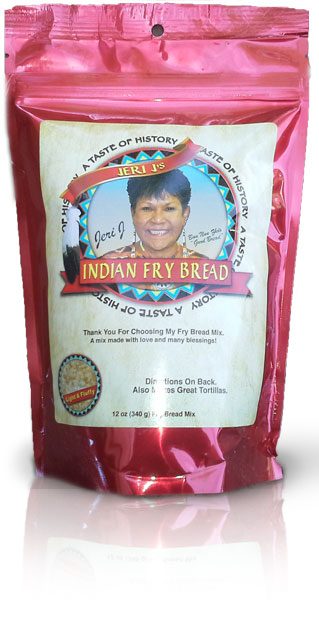 In 2002, my husband JJ and I decided to start offering my “taste of history” frybread from an old school bus on the reservation year round. The recipe and preparation has been passed down many generations to my mother and then to me. I am happy to say that “Jeri J’s Indian Frybread” (www.jerijsindianfrybread.com) has loyal customers driving up to 100 miles to enjoy another “taste of history” and tens of thousands now order the mix on line or purchase it at select retail outlets in the Southwest.

In 2015, after a long day at the Frybread bus, JJ and I had one of those “What If” moments and that, as you will see from this website, was the seed that started Tonto Brands and our debut product, the J Clip.

Thank you for taking the time to learn about our history and our new adventure with Tonto Brands. Our entire team is one family truly dedicated to always provide you with products that will make your daily life a little easier, a little happier, and always inspired by our people’s ongoing commitment to “Conserve the Earth We Share”. – Jeri DeCola 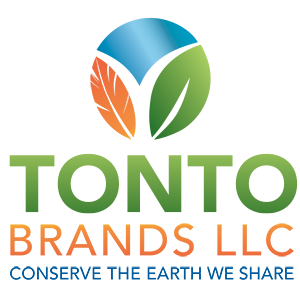